The Department of Education (DepEd) said Thursday it has received more complaints against physical abuse or corporal punishments in schools in the country since it launched the DepEd complaint email and hotline last week.

In a press briefing, DepEd Spokesperson Michael Poa said they have received complaints as late as last weekend.

However, Poa refrained from giving more details on the initial complaints, saying their handling is of “utmost confidentiality.”

Meanwhile, he said the increase in reported cases proves that the department’s complaint hotline and email are efficient.

So far, the DepEd has received 10 to 20 complaints since the launch of the complaint email and hotline.

Poa once again urged victims of alleged sexual harassment in Bacoor, Cavite to come forward and file their complaints.

He made the statement as complaints have yet to be prepared against two out of the seven teachers allegedly involved in sexual harassment due to a lack of evidence.

The other five teachers have been placed under a 90-day preventive suspension, while the administrative procedure is ongoing. 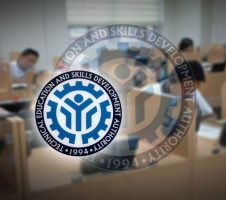