A flexible learning setup will be retained in the upcoming school opening for tertiary education, the Commission on Higher Education (CHED) said Wednesday.

In a virtual press conference, CHED Chairperson Prospero “Popoy” De Vera III said they are expecting an increase in the number of universities opening face-to-face learning options from August to September.

CHED’s data for the previous semester last January showed a 32-percent participation of state universities and colleges (SUCs) in the in-person learning delivery.

“These numbers will dramatically increase, I assure you when the school year opens because they will be able to prepare their plans already since coronavirus disease 2019 is under control and there are no surges… in the coming weeks,” he said.

However, he said they cannot come up with a definite figure since it falls under the discretion of SUCs whether or not to implement an in-person learning setup.

“Mahirap kasi na mag-shift na nagsimula ka nang online, bigla kang (It’s hard to shift from online, then suddenly) magfe-face-to-face in two to three weeks time, because the scheduling of activities is very difficult to immediately adjust… The schools will decide what is the best option. It is not logical to require face-to-face in the classroom, because there are already universities, even before Covid, that are already doing online classes,” he said.

SUCs are bound to adhere to the health guidelines set by the CHED, the health department, and the Inter-agency task force, as well as the requisition of the local government units.

He also mentioned that through vaccination rates and faithful adherence to guidelines, they have secured a zero-infection rate among their school athletes.

To sum up, De Vera noted that despite challenges brought by the pandemic, the administration was able to set higher participation in tertiary education, reaching up to 33 percent.

“We have produced the first batch of graduates who did not pay any tuition or miscellaneous fees last year, so from start to finish, we have produced graduates who did not pay tuition. So right now, this coming school year, we expect 1.9 million Filipinos in more than 200 public universities not to pay tuition and miscellaneous fees, another 500,000 will get tertiary education subsidies, and a little over 200,000 will get Tulong Dunong. These numbers are in a sense staggering because we are the only developing country in the world, who have tried, or who have implemented free higher education,” he said. (PNA)

DepEd continues to strengthen its commitment to SDG, Global Citizenship through renewal of the ICO-KPTEP learning series

Posted by The Professor - May 30, 2022 0
May 30, 2022 — The Department of Education (DepEd), through the International Cooperation Office (ICO), announced the conduct of the… 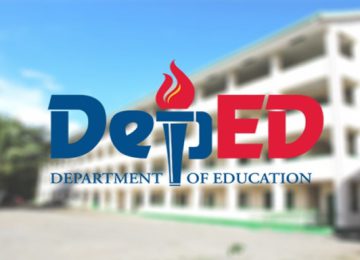 Posted by The Professor - October 24, 2022 0
The Department of Science and Technology-Science Education Institute (DOST-SEI) on Monday called on interested Grade 12 students who wish to…